Antra Drege is the founder and director of PUTNI. She is known as a leader in her field as a performer, director, innovator and collaborator with a wide range of artists throughout the world. She was a senior conductor at the 48th Latvian Culture Days festival in Adelaide and artistic director during the 24th Latvian Song and Dance Festival in 2008, one of the biggest music festivals in Latvia and was an Artist in Residence in Switzerland in 2011. She presents master classes in vocal training, has served on juries and as an expert on vocal ensembles at the State agency of Intangible Cultural Heritage. In 2014 she served as artistic director and producer of the Swiss-Latvian contemporary chamber opera project Lysistrata. Since 2014 Antra Dreģe is the director of new music festival Arēna. 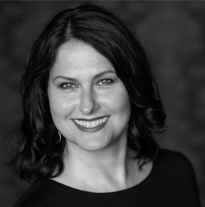